Herefordshire Rural Hub has signed up to the Greener Footprints Pledge.

You can make a pledge today as part of the Greener Footprints campaign. You can signup as an individual, employer, community or as a partner.
The hub would like to you to share your top tips and practices with us, so please do email email editor@herefordshireruralhub.co.uk with your best practices.

Their campaign ’30 for 2030′ will involve putting the spotlight on 30 employers from the private, public and third sector to track their progress and achievements along the way and help inspire other organisations to do the same. It would be great to have 5 land-based businesses showcasing how they already capture carbon and demonstrate their journey towards net zero. Learn more here. 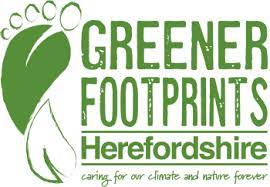 Throughout summertime, you can discover these people and explore their place in our rural communities.

There is also a free poetry workshop for adults on Saturday 23 July at the Ledbury venue. Run by poet Vicky Hampton from 2:30pm – 4:00pm.
Contact paul@paulligas.com to book your place (numbers are limited).

“I need your help! For my PhD project at the University of Reading I am conducting research into how changes to agriculture after Brexit in England can be organised by government. For this research I am especially interested to learn more about what aspects motivate you in deciding if and how you make changes on your farm as well as what makes you feel like you have the ability to adapt to the new policy landscape and regulations in England.

I am looking for English farmers of any kind and in any English region (not Wales, Scotland, and Northern Ireland – because my current research focuses on how the changes look in England specifically) who are willing to be interviewed for about an hour ideally in May or in July.

I know that you have probably better things to do with your time, and I cannot promise any specific benefits to you for the participation in this study, but it is my aim to contribute to make the views of stakeholders in the English agricultural transition heard, and I can only do this if you are willing to speak with me!

If you are interested in taking part in this study please do send me an e-mail (a.i.b.deboon@pgr.reading.ac.uk) so that I can share more details with you and set up a date and time for an interview that works best for you.

The NFU team has been bolstered, after welcoming a new recruit to its ranks who will work to benefit Herefordshire farmers and growers.
A seventh generation farmer, Alicia Parker, whose family farm near Bromyard, joined the regional team on 23 May as Herefordshire NFU adviser.
She takes over the post after Clare Greener left the NFU in March to set up her own cut flower business.
In the role, Ali will also take charge of the regional horticulture and potatoes board and regional tenant farmers’ group.
She said: “I’m absolutely delighted to join the team as Herefordshire county adviser.
“As someone who has grown up on a poultry and arable family farm in Herefordshire and spent two years of my early career on the NFU graduate scheme, I am aware of the immense pressure farmers are under to operate successful businesses.
“I look forward to helping members and their businesses move forward and am really excited to be working within my home region.” 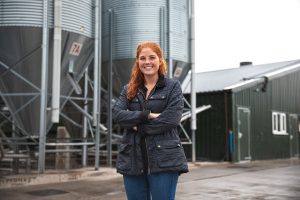 Ali has a degree in consumer behaviour and marketing and worked for an agricultural PR company across a variety of global sector businesses.

“Having worked in public relations, I know the value and importance of good communication, particularly for an industry that is often misrepresented,” she said.
“At this time, it is vital that we continue to make sure that people understand farming principles and the challenges we face as food producers.
“As well as lobbying local authorities and public bodies, I also think this role is fundamental to reach out to people, particularly the younger generation, so that they can develop a better understanding of Herefordshire agriculture and horticulture.”

At home Ali remains involved with the family poultry business, which also has arable and sheep sector interests and is an active member of Herefordshire Young Farmers.

NFU Midlands network manager Richard Butler welcomed Ali to the team and said she would bring strong qualities and add value to membership.
He said: “I am delighted Ali has joined the NFU team; she has a strong farming background and also benefits from two years’ experience on the NFU graduate scheme.
“I believe Ali will be a great asset to the NFU in Herefordshire – working in partnership with our group secretaries, members and key stakeholders – to ensure the voice of the NFU and the impact of union activities are fully heard and seen across the county.”

Welsh Water have relaunched their Free and Confidential Pesticide Disposal Scheme in 2022. This scheme is part of the PestSmart project.

It is open to farmers, growers, gamekeepers, foresters, and other land managers in Wales, and also Welsh Water/Dwr Cymru’s drinking water catchment areas in England.

For more information on the scheme, and how you can register, go to  www.dwrcymru.com/disposalscheme  or tel 01443 452716

Click on the link below to view/download the latest “Farming is Changing” leaflet from DEFRA.

You can also find out more about the changes and how you can get involved by visiting https://defrafarming.blog.gov.uk

If you wish to enter you MUST email the below information by the latest of Tuesday 17th
May 2022.
1. Business Name
2. Contact Name
3. Farm Address
4. Email
5. Mobile
6. Landline
7. Type of farming carried out i.e. Beef/Sheep/Upland/Lowland/Dairy/Mixed etc.

Email Subject Heading: ‘HGS Grassland Competition Entry’
Email address: agricultural.secretaries@sunderlands.co.uk
Entry Deadline: 17th May 2022
Unless stated otherwise in your email your entry confirms that you give agreement that HGS/Sunderlands can retain and use your contact details

Defra and the HSE have published new requirements for users of professional PPPs (plant protection products).

Anyone who uses PPPs must register with Defra or the equivalent government departments in Scotland and Wales by 22nd June 2022.

As a user of professional PPPs you’ll be asked to provide:

The Defra web page also provides examples of PPPs and adjuvants as well as information on how the HSE will enforce the regulations.

The first reporting service to move from ARAMS to LIS is open now for  sheep, goats and deer.

If you want to use this new service online, you will need to first create an account.

If you currently report via paper, nothing has changed.

If you use farm software you will still need to create an account.

For more information go to https://www.livestockinformation.org.uk/

Disclaimer – The Herefordshire Rural Hub accepts no liability for any direct, indirect or consequential loss arising from any action taken in reliance on the information contained on this website